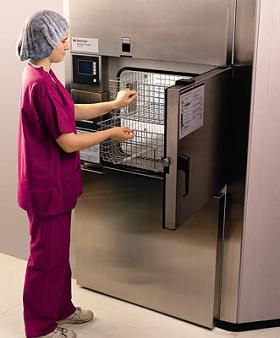 Sterilization is of vital importance in healthcare and while steam and heat provide reliable service for the majority of medical supplies, chemical sterilants and especially gas sterilants are the main methods used for those medical devices and supplies which are heat and moisture-sensitive. Below are some commonly perceived myths that you and your Sterilization Department should be aware of.

Myth 1: Hydrogen peroxide and ozone are much safer than EtO.
Sterilant chemicals are designed to kill all life, whether within or without the sterilizer and therefore chemicals that are used in a sterilizer will cause harm to humans who are exposed to them.

Myth 3: Sterilizers never leak.
While everyone may wish this myth were true, unfortunately the evidence suggests it is not. Again, the simplest approach is to consider the overall risk as comprising the harm caused by failure and the risk of the failure.

Myth 6: Small ozone leaks are OK because ozone freshens the air.
Ozone is as strong oxidant and will destroy many odor causing chemicals and serves as a commercial disinfectant in for example water supplies, but these applications only use ozone under conditions where personal exposure is avoided. The same strongly oxidizing properties of ozone that make it useful as a bleaching agent and sterilant, make ozone hazardous to human health.

Myth 7: I don’t need a sterilant gas monitor because I will smell the gas if it leaks.
Odor cannot be used to detect the presence of ethylene oxide leaks unless they far exceed the OSHA PEL. For hydrogen peroxide, there is no published odor threshold, and even 100 percent hydrogen peroxide is reported to have almost no odor.

Bust the myths with a new monitor.

Let our continuous monitoring system help product you and your employees.

Just What is a Part Per Million of Sterilant Gas?