Want the quiz link? Make sure to study first. 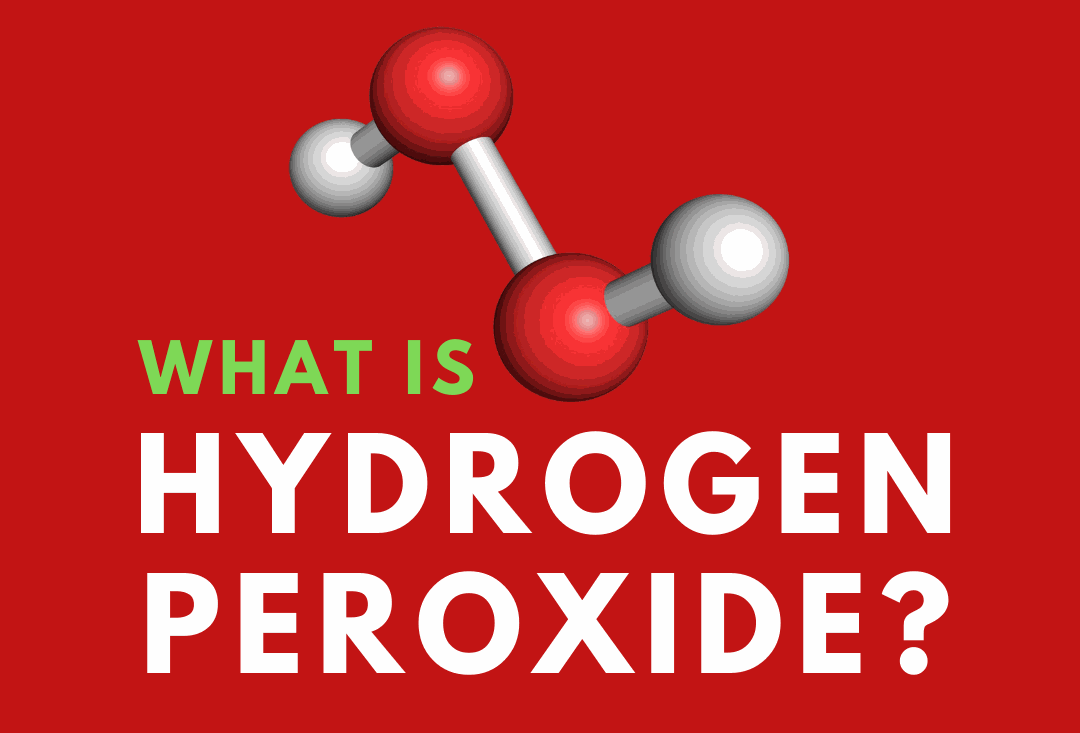 As a Sterile Processing professional, you probably use Hydrogen Peroxide (H2O2) nearly every day, for sterilizing everything from flexible bronchoscopes to power batteries.  Even though it is a highly corrosive chemical, hydrogen peroxide is effective because it is a strong oxidizing agent that breaks down into oxygen and water leaving no harmful residues. It has been shown to be effective against all forms of microorganisms.

As a low temperature sterilant, Hydrogen Peroxide was introduced as a replacement for Ethylene Oxide (ETO) back in the 1980s. Most hospitals have since converted to H2O2 sterilization and at the same time discontinued the safety practices they used with ETO. Unfortunately, the more that is learned about H2O2 , the more we know it shares many of the same exposure limits and threshold values as ETO....making it just as important to continue to follow safety guidelines, including monitoring the air when H2O2 is in use. Research continues, and more regulations could one day be put in place. 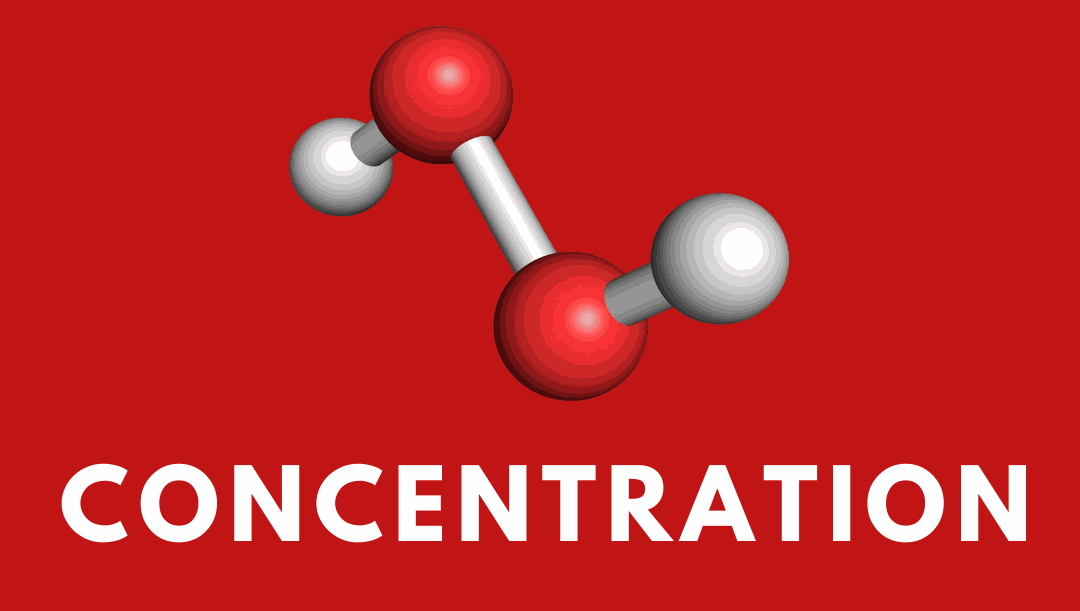 Why is understanding Hydrogen Peroxide concentration so important to employee safety?

- Low concentrations of hydrogen peroxide (3%) are     used as a household chemical and is generally     considered safe under normal conditions.

-Above 10% is considered hazardous.

- irreversible or other serious effects or symptoms     which could impair an individual's ability to take     protective action is: hydrogen peroxide 50ppm

- other than mild, transient adverse effects     without perceiving a clearly defined odor is:     hydrogen peroxide 10ppm 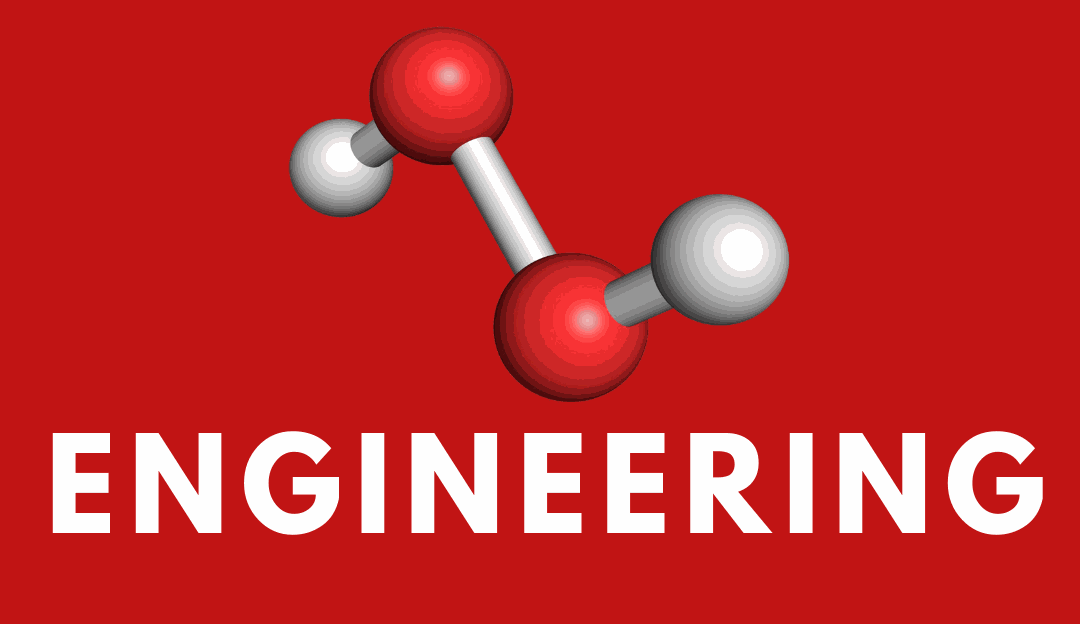 Consider an airplane. A tremendous amount of science and engineering goes into designing an aircraft -- but everyone knows they still have potential to fail. That is one of the reasons why an airplane cockpit is full of gauges and monitors, so that pilots can quickly identify if and when there is a potential mechanical problem to respond accordingly.

While H2O2 gas sterilizers were engineered well, they do require constant monitoring to ensure everything is operating safely -- both for the medical devices inside and the Sterile Processing operators outside. 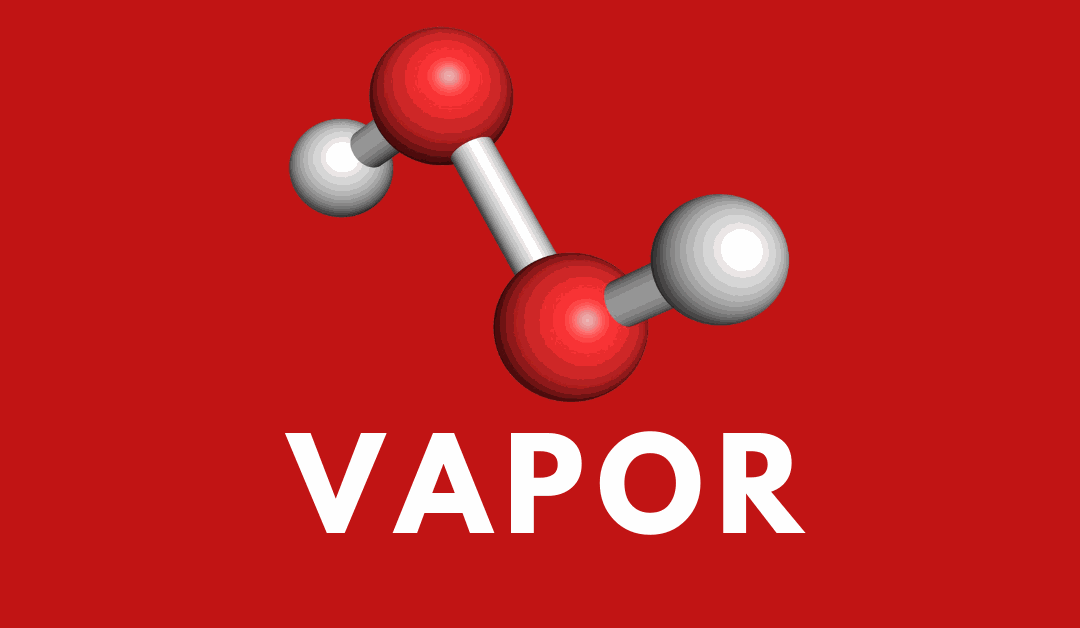 Why monitor for Hydrogen Peroxide vapor? Hydrogen peroxide has almost no odor. If a fugitive leak does occur, it may be undetectable until too late. For example, most people have carbon monoxide detectors in their homes, and many cities/municipalities require them, not because they expect a carbon monoxide leak, but because carbon monoxide has no odor and if a leak occurs, it may result in a serious problem. Similarly, a hydrogen peroxide vapor leak is not expected, but in the case that it does occur, it is important to detect it before it creates a risk to sterile processing technicians’ safety and health. 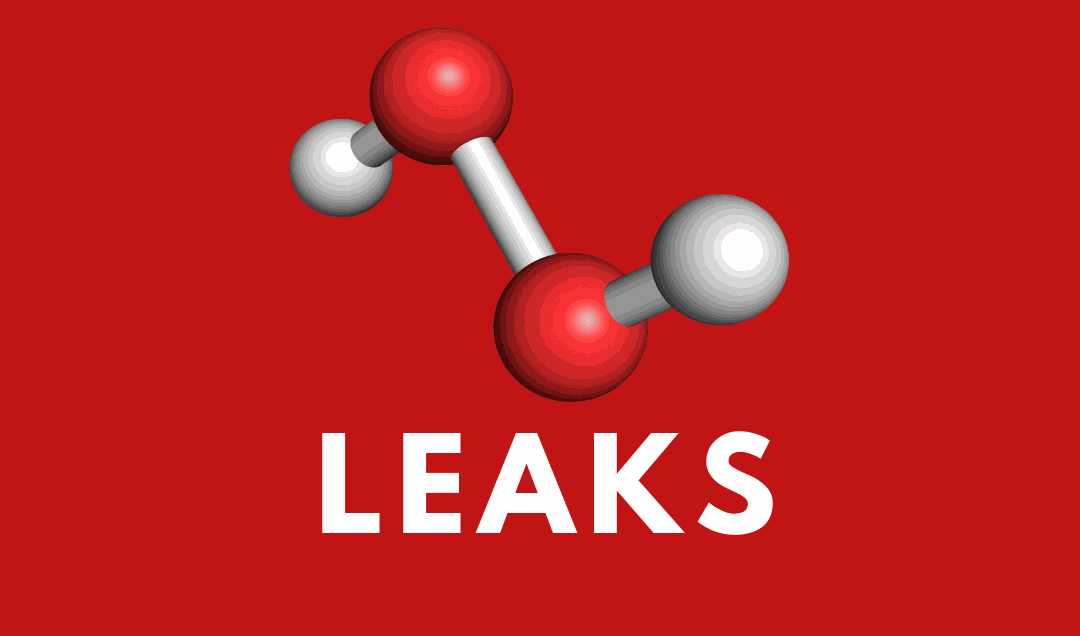 It is not just ChemDAQ customers who experience leaks, a study from Japan measured over 100 ppm coming from a hydrogen peroxide medical sterilizer. This sterilizer is the exception; it had not been properly maintained. However, it does illustrate what can happen if things go wrong. 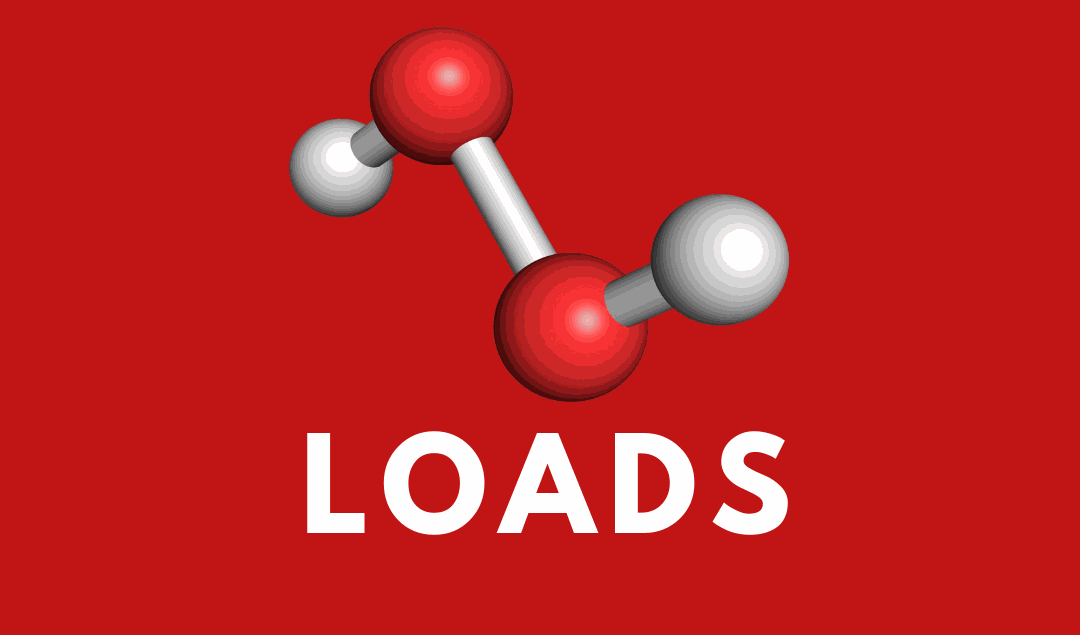 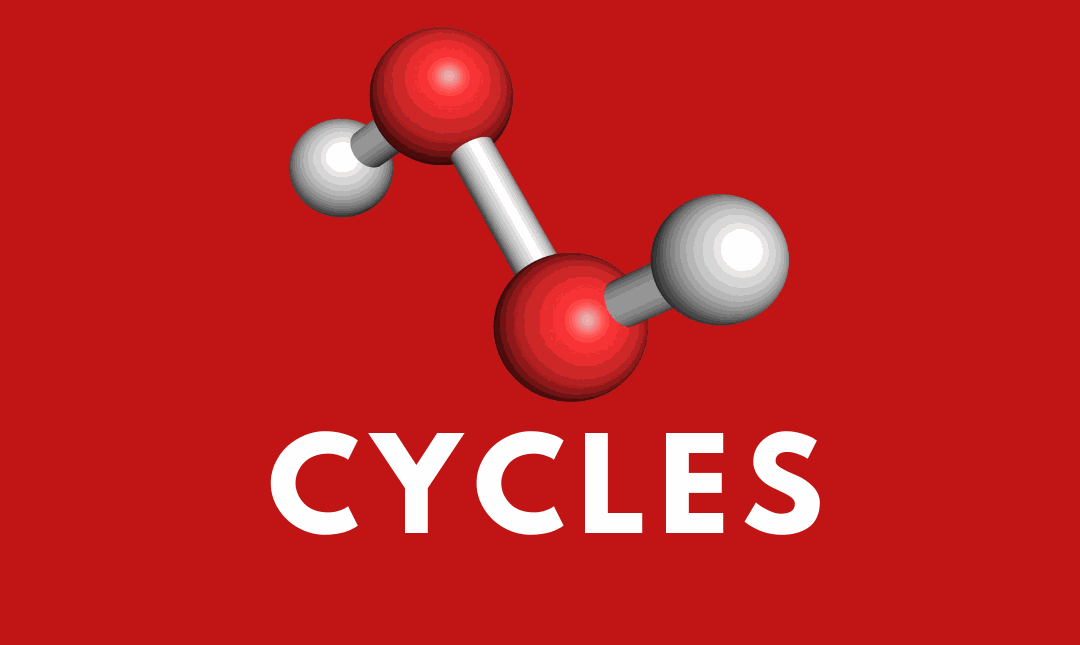 Can shorter sterilization cycles increase worker exposure to Hydrogen Peroxide vapors? In a busy sterile processing department, technicians may reach into one or more hydrogen peroxide gas sterilizers many times each day to unload its contents. If there is fugitive hydrogen peroxide vapor leaking from a sterilizer due to malfunction or off-gassing at the end of a cycle, then there is increased risk of repeated exposure to sterile processing technicians due to the short cycle time. 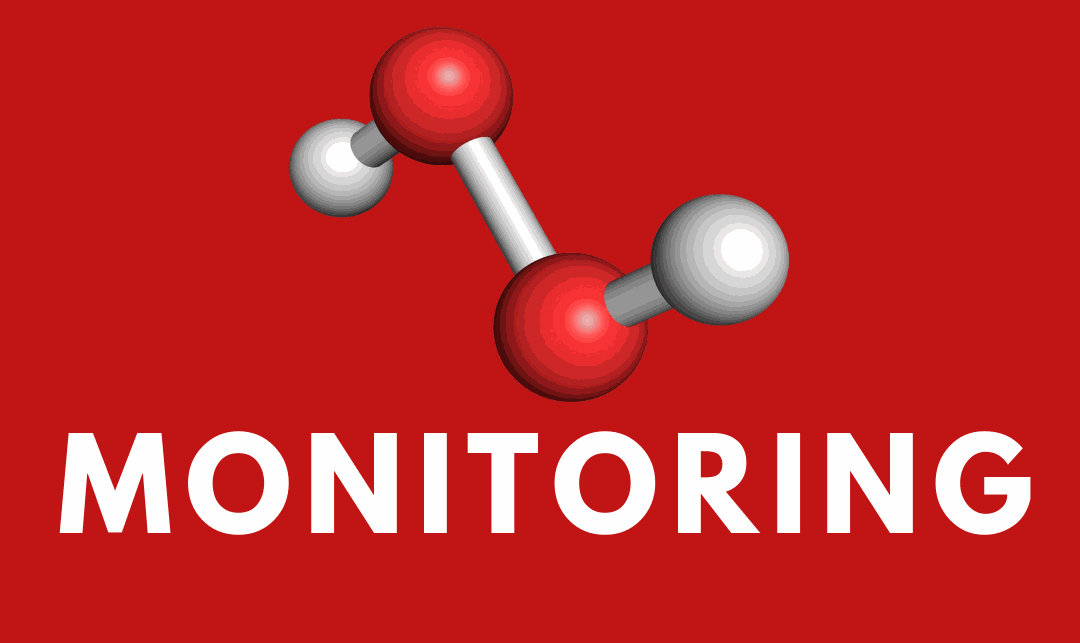 Are you loooking for a Hydrogen Peroxide Monitor?
Get a quote for our portable or fixed monitors, today! 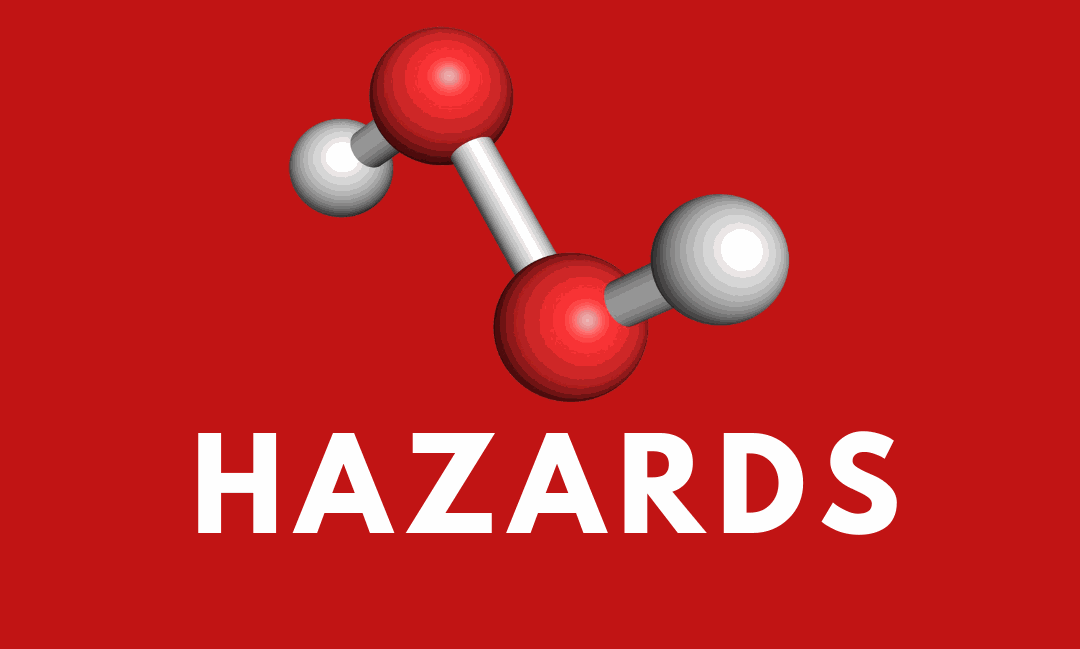 What are the hazards of Hydrogen Peroxide? H202 is a strong oxidant, and can promote combustion. Contact of skin with liquid hydrogen peroxide > 10% concentration can cause bleaching of the skin and chemical burns and cause permanent damage if it contacts the eye. H2O2 vapor is also irritating to the eyes and respiratory system and prolonged exposure to even a few ppm of the vapor can produced permanent lung damage and exposure to high concentration may cause pulmonary edema (fluid in lungs). It is also mutagenic, and the ACGIH classifies it as a known animal carcinogen with unknown relevance to humans.

Further information on the hazards of hydrogen peroxide can be found at: 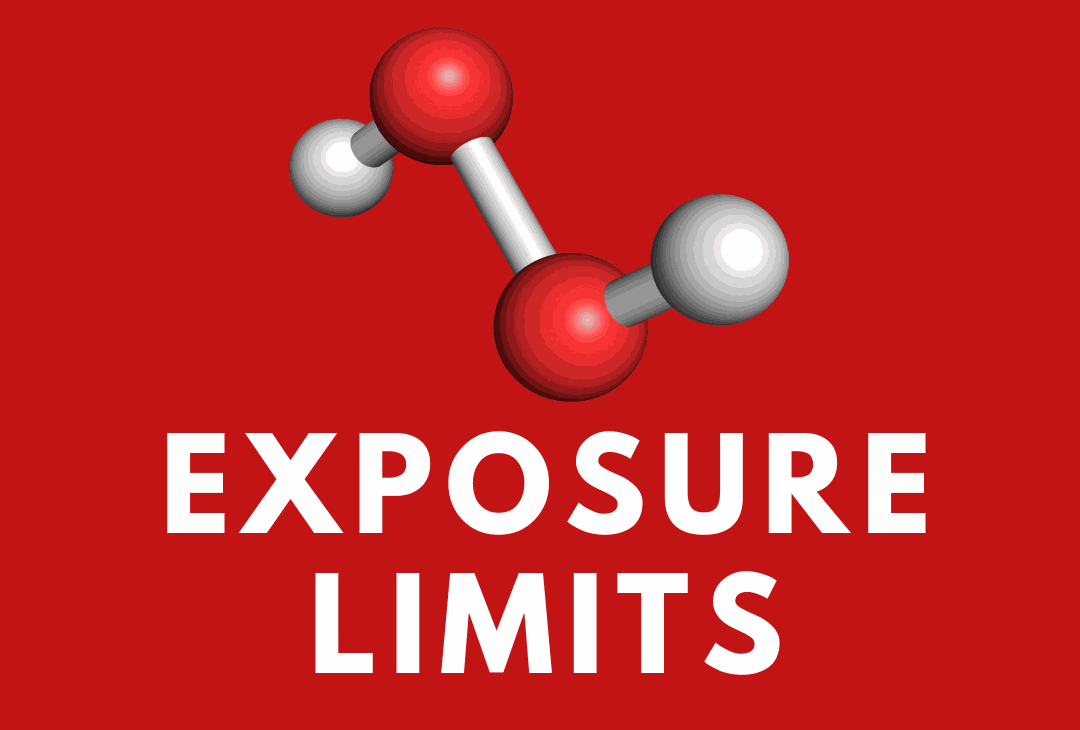 What are the Occupational Exposure Limits (OEL) for Hydrogen Peroxide? As a consequence of the hazards of exposure to hydrogen peroxide vapor, the OSHA permissible exposure limit (PEL) for hydrogen peroxide, is the same as the PEL for Ethylene Oxide (ETO):  1 ppm calculated as an 8-hour time weighed average (TWA).

The ACGIH has a threshold limit value (TLV) for hydrogen peroxide, also 1 ppm calculated as an 8 hour TWA. According to NIOSH, higher concentrations of hydrogen peroxide become immediately dangerous to life and health (IDLH) at 75 ppm. (http://www.cdc.gov/niosh/idlh/intridl4.html) 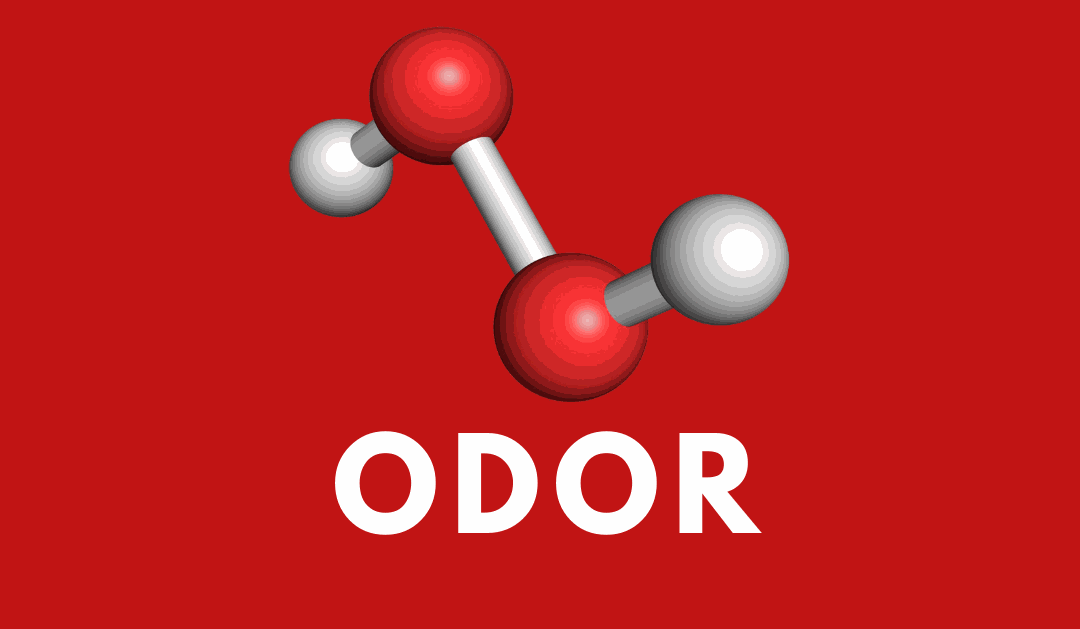 Does Hydrogen Peroxide have an odor?

Hydrogen peroxide vapor has no smell and is imperceptible at concentrations below a few hundred ppm. Therefore odor is an unreliable indicator of the presence of H2O2 and in applications where the vapor is present a continuous monitor should be used for occupational safety.

The ATSDR (part of the U.S. Department of Health and Human Services) stated “Because it [hydrogen peroxide] is nearly odorless and nonirritating except at high concentrations, persons may not be aware of its presence. No odor threshold was located for H2O2 (the OSHA PEL is 1 ppm). Detection of odor does not provide adequate warning of hazardous concentrations.”

Therefore if one is using H2O2 where there is a risk of exposure to the vapor, odor is not a reliable method to detect if the H2O2 concentration becomes too high and so a continuous monitor for H2O2 is needed. 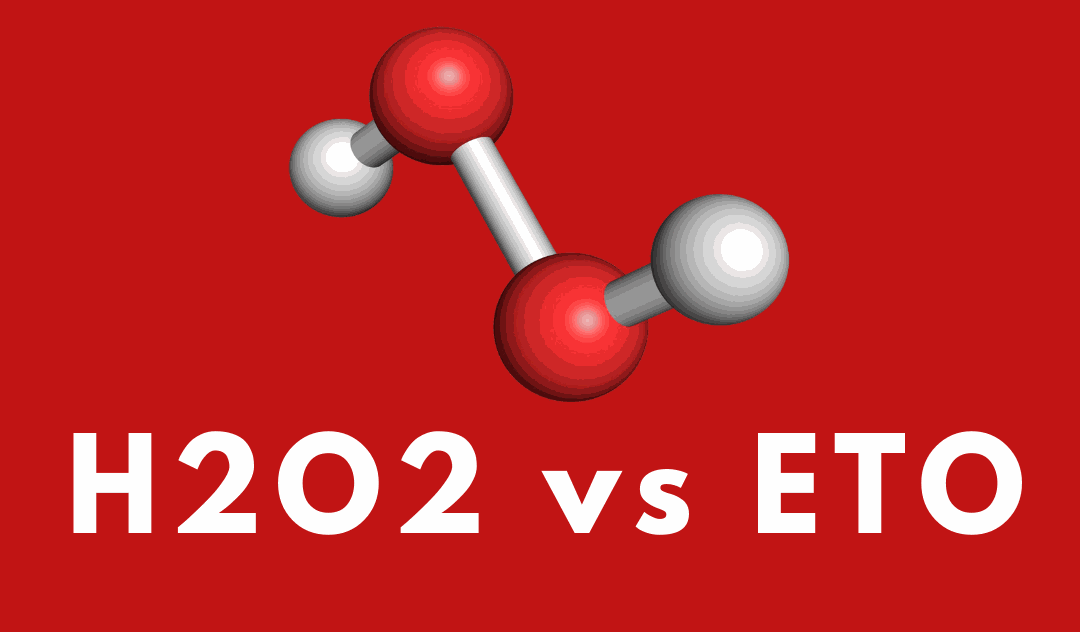 H202 & ETO: Which gases are safe? Healthcare continues to move away from ethylene oxide (ETO) sterilization to sterilizers that use hydrogen peroxide (H2O2). Did you know that H2O2 and ETO have the same OSHA PEL (1ppm 8 hour TWA)? While there are benefits of using a hydrogen peroxide sterilizer, such as faster cycle times, there are also risks.

The ETO cycle time is typically 12 to 15 hours; the newer H2O2 sterilizers take as few as 28 minutes for a cycle. The fast cycles may be convenient for work flow, but your employees are potentially exposed to hydrogen peroxide each time they open the door to the sterilizer. That’s a potential exposure rate 12 times greater than using the ETO sterilizer over an 8 hour shift.

Ready to take the quiz and get your credits?

Protecting Those Who Protect Us